A lot of end of year write-ups have started “It’s not been a great year for music, but…” Well for one, they’re wrong, and two, that “but” signifies they know they’re wrong. Lazy intro writing would be a more accurate description, I think (just like here). What I have noticed is that this year I have bought less guitar/band music than I can ever remember buying… in the top 10 list below there is only one band (and in fairness, their album is a doozy). Invention and talent is being swallowed by the women & men who dabble with sampling, synths and electronics.

I see a connection between these times and the late 80’s. We share a Tory government that has little or no regard to the majority of the population – has there ever been a non-policy as insidious as “Big Society”? – appropriating the hard work & success of others? Congratulations, you’ve destroyed the point of government! Oh and by the way, employment lawyers are gearing up for a minefield in 2013 as that same government will further remove workers rights and any impediment to companies firing whomever they want. Cheers!.

Anyway, back on topic; in ‘87 the response to the hard times and austerity was with raves fuelled by ecstasy. A mass movement of taking back disused space, and bringing in the music and people… this time though, the response has been with some the iciest techno/electronic music ever. Dubstep and ambient have been fully assimilated. The electronic music is glacial and ominous… it paints a bleak look at the present and the hopelessness of the future. That said, it’s produced some truly amazing, innovative work. 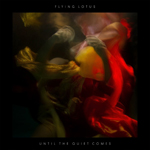 Much more cohesive than the spasmodic Cosmogramma, this is Steven Ellison’s best work yet. People will stop by for the Thom Yorke cameo (though it’s virtually unrecognisable), but I hope they stay for the sheer inventiveness of his songs. 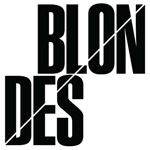 The first full length from the Berlin-based duo brings together their previously released 12”s and a couple of new tracks. It doesn’t contain the bouncing joyousness of their earlier EP “Touched” but that may not have been the point. It’s always engrossing the their improv./jam approach to their genre creates an engrossing slice of house/techno. The bonus remixes from the likes of Rene Hell and Andy Stott are well worth checking out too

8. Raime: Quarter Turns over a Living Line (Blackest Ever Black) 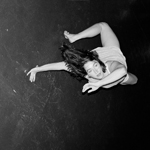 As solid a representation of Blackest Ever Black’s aesthetic as you can get. Urban, dense, industrial dub techno – following up from a string of EPs and 12”s this is a fine debut album from Raime. Along with those purveyors of dread-filled techno on Modern Love, this is a suitable microcosm of these worried times.

7. Murmer: What are the Roots that Clutch (Helen Scarsdale) 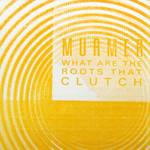 Patrick McGinley under his ‘Murmer’ moniker constructs compositions from his field recordings taken from locals all round the world. The works of  Thomas Köner would be a good reference point for this album – drone, silence and ambience. It demands your complete attention. 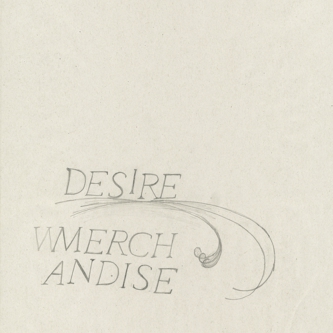 This took me by surprise. Hadn’t been aware of Merchandise until I made one of my blind purchases of an act that was getting interesting write ups. I sat at my desk working, stuck the album on, and was then gradually taken away from what I was doing until I had to stop and give Children of Desire my full attention. If I was part of larger labels than Katorga, I’d be doing my damndest to sign them… as I’m not, I hope they stay right where they are. Highly accomplished dark synth-wave. Recommended (obviously). 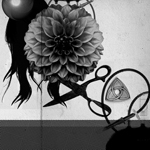 Demdike Stare produced my favourite album of last year, and followed up with another fantastic release. I’m not sure I have anything more to add to what I said last time around – this is another brilliant piece of work from one of the most forward thinking acts around.

4.Oren Ambarchi: Audience of One (Touch) 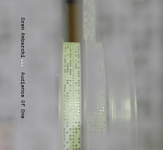 Oren Ambarchi’s first solo album proper since 2007 was a little bit of a departure (advancement?) from his previous work – certainly, the cover of Ace Frehley’s “Fractured Mirror” was a surprise. And whilst this is a little more accessible than earlier stuff, that is definitely not to any detriment. At all. His experimental, electronic drone roots still shine through.

Gamble has taken his collection of 90’s jungle, then chopped, slashed, sampled, slowed, mixed and has come up with quite spellbinding ambient results. A slow morphine-drip of an album, and like Merchandise’s ‘Children of Desire’, one of my most pleasant surprises of the year. 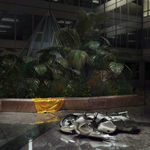 Batnuts-crazy, brilliant slice of… oh I don’t know… club/techno/house/dub/rnb. First put this on and I detected Dam Funk & Prince, but there’s huge depth to this work; you discover something new with each listen, and like the Lee Gamble release, it’s much, much more than the sum of its influences. 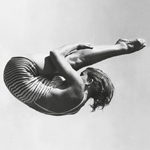 Stott has taken a grand step forward from last year’s Passed Me By/We Stay Together double EP release (and those were fabulous). Employing vocals from his old piano instructor Alison Skidmore, he’s created a dubstep-infused techno masterpiece here. From the opener ‘Numb’ to ‘Leaving’ it’s a perfectly formed album. Essential.

Other Albums, EPs, Reissues to explore:

The Caretaker: Patience (After Sebald) (History Always Favours the Winners)