Relative “New Kids on the Block,” British duo Guy and Howard Lawrence, artistically known as Disclosure, have been making serious waves in the music industry over the last twelve months. Their obvious talent fuelled by an energised social media strategy has propelled them into the limelight. But we wanted to find out what it is that makes them so social… 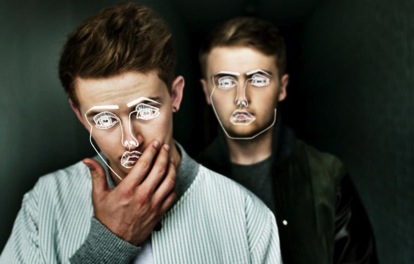 Disclosure made their debut in the electronic music scene back in 2010 with their first single “Offline Dexterity.” Following that release, the group focused mainly on remixes through 2010-2011, re-envisioning songs from notable artists such as Q-Tip and fellow Brit Emeli Sande to help them break into the industry.

The end of 2011 and beginning of 2012 saw Disclosure burst onto the commercial scene, releasing their next original single “Tenderly / Flow” from the EP The Face, which also featured a popular remix to Jessie Ware’s “Running.” Disclosure has continued to see growing success since The Face, dropping its Mercury and Grammy nominated debut studio album, Settle in 2013 with the wildly popular tracks “Latch,” “White Noise,” and “When A Fire Starts To Burn”.

Interestingly enough, although Soundcloud is the group’s second most popular social network, they have only posted 14 original “sounds” with a few additional re-posts of remixes of their music – which suggests that if you have great content, people will find you.

Throughout this period, Disclosure posted the following on its various social media platforms:

The group generally posts on Facebook every 1-5 days, tweets approximately 2-5 times per day, and posts on Instagram every few days. While they make it very easy to stay connected and up-to-date with their group, the posting schedule is just enough so that it is not overwhelming in post frequency to the point that fans are driven away.

Disclosure’s content mainly falls into three categories, including new music, gig promotion / updates, and milestones. In general, posts about music and milestones gain the most traction across most of their social networks. Soundcloud and YouTube aside, they sync their updates across Facebook, Twitter, and Instagram, and post popularity is generally consistent across these three platforms.

Disclosure regularly receives a positive response when posting new music, either original or otherwise. For example, their new song “Together” with Nile Rodgers, Sam Smith and Jimmy Napes earned 534 retweets and 450 favorites on Twitter, as well as almost 5,775 interactions on Facebook and 3,800 interactions on Instagram.

Collaborations with others / remixes also get a lot of positive feedback for Disclosure, as evidenced by their post about DJ Premier remixing one of their original songs “Latch.” This post gained almost 5,600 interactions on Facebook, 3,950 interactions on Instagram, and approx. 450 interactions on Twitter.